Meet your Board | Alex Brookhouser 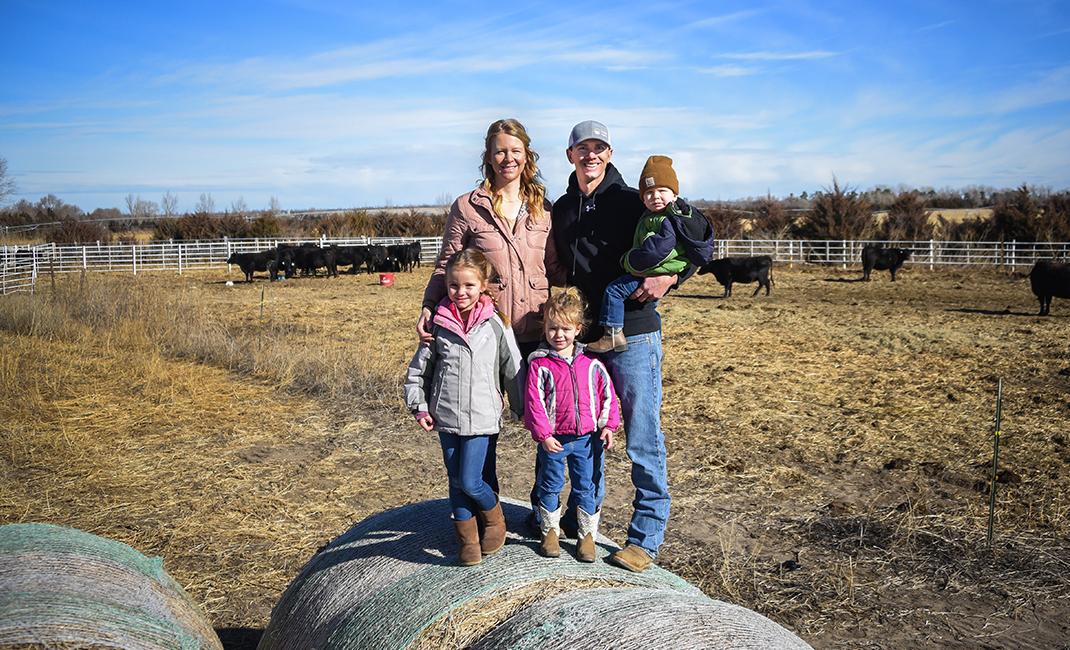 The Central Valley Ag Board of Directors is made up of local, agricultural leaders, who are recognized for their industry expertise, as well as economic and community development skills. The board currently has 21 directors and two associate directors. These individuals are located in your communities throughout the CVA territory.

Alex Brookhouser is a CVA Director for Region 1; his operation is in Brunswick, Nebraska. The farm consists of irrigated and dryland corn and soybeans along with alfalfa hay and grass hay that they produce for their registered Angus cow-calf operation, T-Bone Angus. T-Bone Angus also markets Angus bulls through an annual production sale. Alex is a fourth-generation farmer with his wife, Mary, and their three kids: Camryn, Kendall and Carson. His parents Mark and Colleen are also a big part of the operation.

Alex has been involved with T-Bone Angus since 2009 after graduating from the University of Nebraska-Lincoln with an Animal Science degree. Alex has always been passionate about raising cattle and has contributed to the operation in a variety of ways. Since Alex’s return to the ranch, he has implemented an embryo transfer program, rotational grazing, and managed marketing.

With his passion for farming and raising cattle, Alex considers it a privilege to be able to raise their kids out in the country. “It’s really gratifying to have our kids raised on the farm and be able to see them enjoy the new life that’s born and being able to help with chores and be part of my day-to-day activities,” said Alex. “We are hopeful that they’ll be part of the operation to take on the next generation.”

Being a part of the cooperative has been a big asset to Alex’s farm. “CVA has brought a lot of value to our operation through their efficient grain facilities and their agronomy division that has kept pace with the speed of today’s farming,” said Alex. “The co-op has allowed us to grow our operation and expand without having to find additional labor.”

CVA has helped grow the Brookhouser family farm and it’s also helping Alex grow as an individual. He has served three years as an associate director and then was elected to serve on the Board of Directors in 2013. “Initially I was interested in serving on the board to see the bigger picture of agriculture and the business side of the cooperative,” said Alex. “But being part of the board has really grown me as an individual and it helped me experience things that I never would have, had I not been part of CVA’s board.”

Central Valley Ag is a cooperative that spans three states and serves more than 11,000 member-owners, but its focus remains centered at embracing the cooperative spirit to deliver value to the producers. “CVA has grown since I’ve joined the board and we’ve become a better co-op for our members through this growth,” said Alex. “When we’ve grown, we’ve always done so with our members in mind and how we’re going to add value to them.”

The Board of Directors' mission is to provide leadership of CVA's current direction and initiatives, in addition to positioning the organization for future success and profitability for members. Alex said, “although we are a bigger cooperative, we’re still locally focused on helping our member-owners.”